Travelling to Hong Kong to Teach MBCT for Cancer

It was a great thrill for us to offer this training in the Far East. We had recently established our company called Mayfly (www.mayfly.org.uk) and this was our first engagement.

Luck and coincidence got us there. In the 2018 Amsterdam mindfulness conference, a Hong Kong masters student studying in Maastricht came up to me (Trish) at the end of my presentation about mindfulness and cancer. Elvin, a social worker from Hong Kong, had been trained as a mindfulness teacher by Helen Ma, who I knew from many years back when she was John Teasdale’s research assistant in the early MBCT trials.

Elvin then attended the MBCT for Cancer teacher training in Maastricht later that year organised by See True, the Dutch mindfulness training organisation. At the end of the first day, Elvin asked if I would like to offer the training in Hong Kong! It is not unusual for people to dream of bringing mindfulness training out to their countries and 9 times out of 10, nothing comes of it. However, on the second evening he announced that he had spoken to Professor Samuel Wong, from the Chinese University of Hong Kong, and that Samuel had invited Christina and I to Hong Kong the following year to deliver the training.

And that is what happened – and despite the escalating protests and general unrest in the city, we were determined to go. We had learned of the very high rates of cancer in Hong Kong, of instances of malnutrition through a mistaken belief that eating food ‘fed’ the cancer, and of the extreme polarities of poverty and affluence in the city.

In the event, things were entirely peaceful while we were there. District elections had taken place and negotiations were ongoing with the government. The group of 21 teachers that we trained were touchingly grateful to us for coming out. This surprised us for we were so thrilled to be there!

There was much for us to learn. We explored how to work with the group in ways that built confidence and participation. This involved us in making little adaptations to how we might work with a European group and we found the discovery of these little changes very fulfilling and pleasing. It brought us closer to the group in understanding how best to help them learn about the programme and the material we were sharing. Most of them spoke Cantonese, but two came from Taiwan, and spoke Mandarin. However, they had no trouble understanding each other in the small groups. Sometimes we needed to get translation in the large group – but that offered a welcome pause as they debated the meaning of something.

They were an enthusiastic group and the four days we spent together involved plenty of laughter. It is surprising how often this happens. Cancer is an intense context to work in. Most people drawn to this work have been touched personally or through the diagnosis of a family member. We have an exercise that brings this out. A cushion is placed on the floor, representing cancer. Members of the group choose where they stand in relation to the cushion (cancer). Most of the Hong Kong teachers stood close, some very close with their toes touching the cushion. We later learned that many of them work in the cancer wards of public hospitals, as doctors, social workers and psychologists – with the least affluent members of the community. Many had lost family members to cancer.

We loved our time in Hong Kong. It was such an adventure to have a taste of Cantonese culture and wonderful food! The people we worked with were very open, appreciative and lovely. We became fond of them and delighted in the way they engaged in the training. 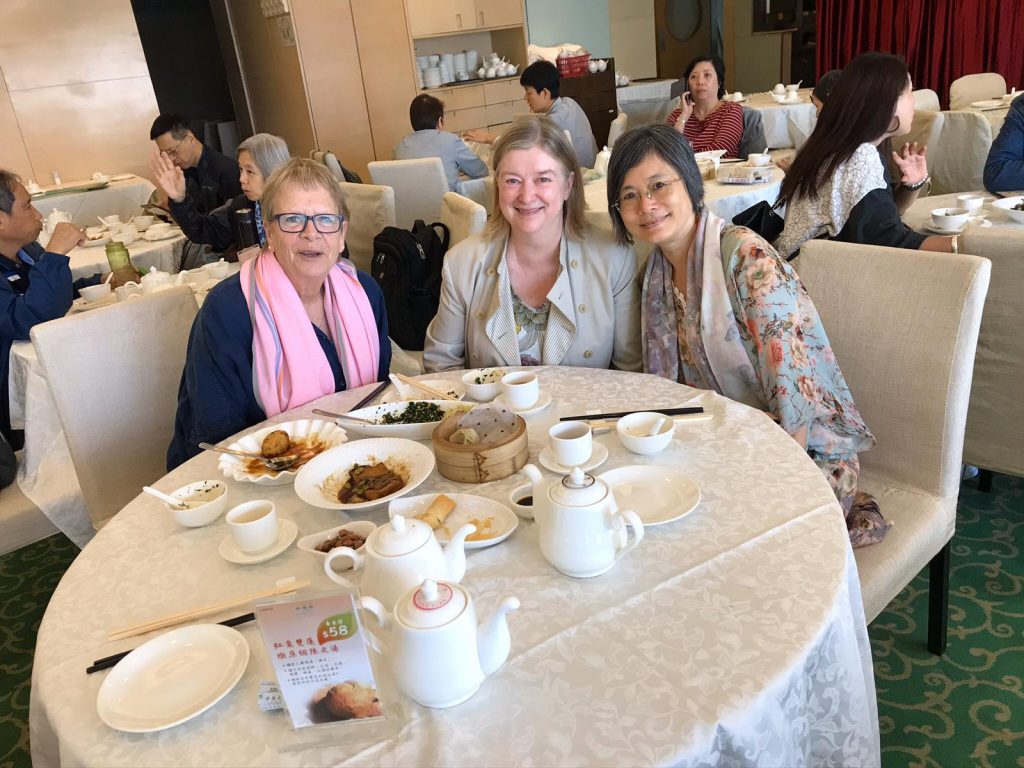 On our walk to the training venue, we would pass elderly women gathering up cardboard from the street stalls and piling them on carts. One, I remember, was almost bent double with scoliosis. She would still be at work in the evening. I wondered where she slept. I would like to have given her money – but Samuel, our host, advised us not to. It would not be welcome, he said. Poverty strips away self-respect. Maybe scraping a meagre living despite severe disability is dignity itself. I could only wish her well from my heart.

Since leaving, we have followed the news. Covid-19, the coronavirus, has arrived in the city killing 2 people thus far, and further devastating the economy which largely depends on tourists and visiting cruise ships. During the training, some of the teachers were concerned not to put their bags on the floor, a left over message from the SARS epidemic. They must be very fearful right now. 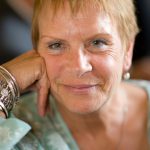 Please note… blog posts written before September 2020 may contain links which no longer work, as they refer back to our old website address. You can still use the search or tagging function to read through previous posts at your leisure. Enjoy!