Why offer a LGBTQIA+ retreat? 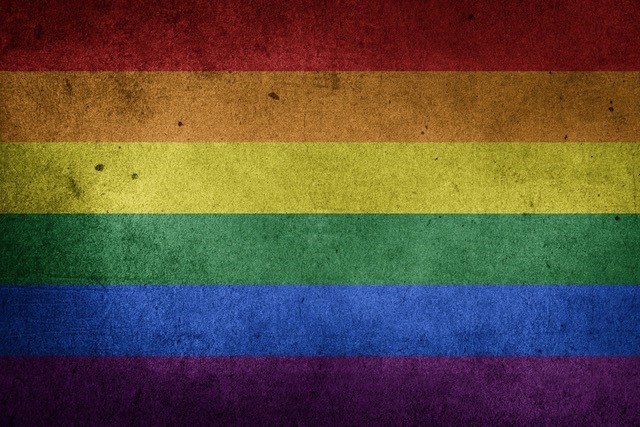 ‘Freedom is not just about transcending identity but embracing it until what is beyond the experience of identity reveals itself.’

On 16th November 2019, I will co-lead, alongside my colleague Bernat Font, a one day retreat for all who identify as LGBTQI+ and our allies. For me, it is a significant milestone in a journey of almost twenty years.

Back in August 2000, having tried some meditation courses (secular mindfulness was barely on the map) I attended a two-day retreat for lesbians at Spirit Rock, California. Although I’d sensed the benefits of practice, I was a card-carrying lesbian-feminist-separatist, suspicious of anything Buddhist, and what I perceived as its patriarchal, hetero-normative and religious institutions.

I sat at the back of the hall feeling out of my depth. The teacher began. I can’t remember exactly what she said. Perhaps words that named the specific nature of the day – a space intended to be safe enough, an invitation to lean into the support of community.

Whatever her words, the impact was powerful: a door opened, I felt welcomed in, welcomed home. Tears came to my eyes. It was a revelation to be amongst kin, and to be led by an out lesbian sharing her insights and guidance. I began to trust the possibilities of mindfulness and compassion for the first time.

How do we create practice communities in which there is enough safety to turn towards and come home to ourselves, in all our identities, histories, realities, individual and collective trauma, and complexities? Mindfulness and meditation has rightly been criticised here and elsewhere, for missing class and race; is this true of sexual orientation and gender identity?

For some of us who identify as LGBTQ+, spaces that specifically welcome us can be a refuge. Although there have been positive changes in LGBTQ+ human rights, many still experience homophobia and transphobia in our families, communities, workplaces and spiritual settings. A 2017 report by UK charity Stonewall found that one in five LGBT people experienced hate crime. This figure rises to two in five for trans people.[1] Seventy countries still criminalise consensual same-sex activity, and in eleven of these the death penalty can be applied.[2]

For the most part, our world is hetero- and cis-normative, and this sometimes extends to mindfulness practice. Mindfulness emphasizes embodiment, the anchor of the breath in the body, but traditional guidance often falls short of addressing the particular conditions of those whose bodies, sexualities and gender identities are the sites of trauma and the targets of aggression.[3] Additionally, great care and skill is required to allow the exploration of internalised homophobia and transphobia, which can so easily be co-opted by the inner critic and the negativity bias.

When I asked Bernat why a retreat like this is important, he responded: ‘Recently, I assisted on a residential retreat where I held a daily meditation space for LGBTQ+ practitioners. It was just a regular sitting. On the last day we did a sharing round and the feedback was both wonderful and revealing. Comments ranged from having found a deeper sense of community, the appreciation of feeling mirrored in a teacher, to discovering that for years they had been leaving a huge part of their lives at the door and now, for the first time, they had integrated it into their practice.’

For some LGBTQ+ and non-LGBTQ+ people, a retreat like this may feel unnecessary, unsafe, even divisive. In addressing systemic injustice, collective and individual trauma, is it possible to be at once inclusive, diverse and non-divisive? One thing’s certain: we won’t get it right all the time. Fear, guilt, shame, confusion, anger are an inevitable part of this territory, but with practice, we can begin to turn towards these with intentions of clarity and kindness. As Ruth King writes about responding to racial injustice:

‘As we become more mindful, we won’t be able to fit so neatly back into our small boxes. Our hearts will naturally incline toward doing what we can to co-create road maps that shift social systems, institutions, policies, and collective practices toward a more just and equitable society. We won’t always know what to do or how to go about it. There is no certainty, no right way; there is only awareness and need and awkwardness. It’s messy!’[4]

In opening the 16th November retreat to those who identify as LGBTQI+ including allies, our intention is to keep it accessible to all (a £0 fee option is another part of this commitment). In some ways the day may look like any day of practice. However the power of consciously naming the space, of acknowledging and honouring the identities of participants, and of having two out LGBT teachers is not to be underestimated. I hope that the seeds planted nineteen years ago will blossom and be of lasting benefit.

[3] The mindfulness literature is beginning to address this e.g. Treleaven (2018), which includes LGBT case studies.

River Wolton is a writer and meditation teacher. She co-founded and volunteers with LASS Lesbian Asylum Support Sheffield, supporting LBTQ+ asylum seekers and refugees. She is a student on the Bodhi College Teacher Training Programme.

Larry Yang (2017) Awakening Together: The Spiritual Practice of Inclusivity and Community. Wisdom Publications.

Ruth King (2018) Mindful of Race: Transforming Racism from the Inside Out. Boulder, CO: Sounds True.

Please note… blog posts written before September 2020 may contain links which no longer work, as they refer back to our old website address. You can still use the search or tagging function to read through previous posts at your leisure. Enjoy!